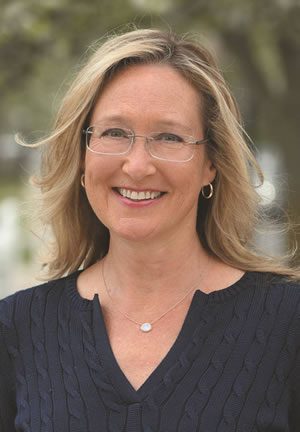 Bridget is a Phi Beta Kappa graduate of Hunter College’s Special Honor Curriculum, and received her J.D. from the University of Virginia School of Law, where she received the highly-respected Kramer Award for service to the community. Bridget worked for almost a decade as an Assistant District Attorney in the office of legendary District Attorney Robert Morgenthau in Manhattan, where she served as a member of a Trial Bureau and the Sex Crimes Prosecution Unit, and later as Chief of a Unit devoted to attacking fraud in public programs.

After leaving the D.A.’s office in 2001, she headed up training for lawyers volunteering to help victims of the 9/11 attacks. Her private legal work has focused primarily on Matrimonial and Family Law as well as professional mediation.

Bridget was first voted into public office when she was elected to the Southampton Town Board in a Special Election in March 2010 and won reelection in 2011 for a four-year term. On the Town Board, Bridget kept good jobs on the East End by authoring a law that requires utility companies to remove dangerous and unsightly utility poles, and sponsored a local law that allows volunteer firefighters and ambulance personnel to join the New York State Health Insurance Plan. She worked to create and enhance economic opportunities throughout the Town, with youth training in sustainable building trades and fresh produce retailing, landmark legislation to protect working farms, and real action on much-needed affordable housing development. In 2009, Bridget received Sustainable Long Island’s “Getting it Done Award” for her success in establishing a youth-run farmer’s market in a neighborhood that otherwise had no access to fresh produce.

A resident of Noyac in Southampton since 2001, Bridget lives with her husband Bob, a general contractor, their fourteen-year old son Jai who attends public school in Sag Harbor, and Dune, the family dog.