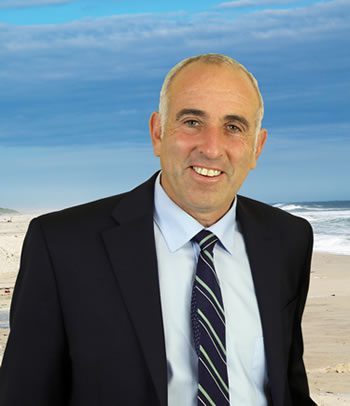 Jay Schneiderman is the Supervisor or the Town of Southampton, New York’s first English settlement and the largest town on the East End.  In his role as Supervisor, Jay serves as CEO for the town. Jay prepares the Town budget and oversees various departments including police, parks and public works. Jay has a proven reputation for controlling taxes, protecting public safety and addressing community needs. Jay is a leader on environmental issues including preserving open space and reducing pollution. Jay has a strong record of protecting the East End’s small-town way of life and the local economy of farmers, fishermen and small businesses. Jay’s accomplishments include:

• A 20-year record of holding the line on taxes, with a major 6% tax rate cut proposed for next year

Jay Schneiderman was born in Southampton and has spent most of his life on the South Fork.  Jay holds a BA in Chemistry from Ithaca College and an MA in Education from SUNY and an administrative degree from LIU.  Jay has been involved in resort property management for many years and co-owns the Breakers Motel in Montauk, with his sister, noted jewelry designer Helen Ficalora.

Previous to being Southampton Town Supervisor, Jay Schneiderman was Suffolk County Legislator for the South Fork from 2004 – 2015. Jay also served as the Supervisor of the Town of East Hampton from 2000 to 2004. Jay is the only known person in New York State’s history to have been elected Supervisor of two different towns.  Jay has received numerous awards for his public service including his work on public transportation and housing